The four rulings were largely on party line, but Michigan’s upcoming judicial elections could flip the high court’s partisan balance. The Michigan Supreme Court issued a series of critical decisions in late July that will provide new protections to youth who face harsh treatment in the criminal legal system. In repeatedly interpreting the state constitution’s ban on “cruel or unusual” punishments, the court restricted who can get life sentences, and imposed new steps on courts and prosecutors to ensure that kids are actually treated as kids.

Three of the court’s four rulings came down in narrow 4-3 decisions, all along party lines with the four Democratic justices banding together and the three Republicans dissenting. (One Republican crossed over in the final case.) Each of the Democrats wrote for the majority in one of the four rulings, signaling their broad agreement that state practices are in need of change.

This shake up highlighted the importance of Michigan’s upcoming Supreme Court elections, which could flip the court’s partisan balance. Democrats currently enjoy a 4-3 advantage on the court, but one justice from each party is running for re-election in November. The Republican justice on the ballot, Brian Zahra, dissented in all four cases and made it clear in his opinions the lengths to which he would go to make punishment harsher in Michigan.

The decisions come as some progressives look to state courts as one possible workaround for the conservative control of the federal bench. On matters ranging from abortion to criminal justice, state courts can provide greater protections than those the U.S. Supreme Court finds in the federal constitution by turning to state statutes or state constitutional provisions.

Michigan’s court decided the four cases by building on U.S. Supreme Court decisions, but they relied on the Michigan Constitution and Michigan laws to go further than the U.S. Supreme Court has gone—and has signaled it will go with its current membership.

The U.S. Supreme Court restricted harsh sentences against children in a series of major rulings between 2005 and 2016. The court first banned imposing the death penalty on minors and life sentences without the possibility of parole (called LWOP) for non-homicide cases. Then, in a 2012 ruling (Miller v. Alabama), the court barred mandatory LWOP sentences for any crimes, including first-degree murder, committed by people under 18; four years later, in Montgomery v. Louisiana the court held that Miller decision applied retroactively, and that people already sentenced under a mandatory LWOP law should have an opportunity for a different outcome.

Under a mandatory sentencing scheme, any minor who is convicted of certain acts is automatically handed an LWOP sentence, with no additional consideration. The U.S. Supreme Court, in these rulings, held that LWOP is so extreme that, before subjecting a child to it, a court has to at least consider whether the acts reflect “permanent incorrigibility” rather than “transient immaturity.” The court did not bar sentencing minors to LWOP, but it opened a door for many who expected to die in prison and limited future LWOP sentences.

Michigan was heavily impacted by the Miller and Montgomery rulings, due to the large number of minors handed mandatory LWOP sentences in the state. As of 2015, when Montgomery was heard, Michigan had 368 incarcerated people in that category. Only Pennsylvania, a state known for very aggressive life sentences, had more.

Still, many other states have gone much further over the past decade by entirely abolishing LWOP sentences for minors. Michigan has not. Incarcerated Michiganders who get a new day in court are entitled to have their sentence reconsidered, but they can end up with a new LWOP sentence—and many local prosecutors have fought to ensure that they do.

In the years since, reform advocates have kept fighting to reduce the scope of these sentences, including by electing prosecutors who promise to not fight resentencing hearings and filing new lawsuits to chip away at the sentences. And they scored successes in court last month.

In its first 4-3 case, the Michigan Supreme Court ruled that it is unconstitutional under Michigan’s constitution to sentence a minor to life without parole for second-degree murder. Chief Justice Bridget Mary McCormack explained that the Michigan Constitution’s bar on “cruel or unusual punishments” provides “slightly broader protection” than the U.S. Constitution’s Eighth Amendment bar on “cruel and unusual punishments”—“not surprisingly given the plain meaning of conjunctions.”

The notion that this distinction—between “or” and “and”—makes Michigan’s constitution more protective was not a new argument; it is the court’s longstanding position, fleshed out into a test for the court to apply decades ago and established even earlier. In People v. Lorentzen, a 1972 decision, the court held that a mandatory minimum sentence of 20 years for the sale of marijuana is unconstitutional due to Michigan’s “cruel or unusual” provision: “The prohibition of punishment that is unusual but not necessarily cruel carries an implication that unusually excessive imprisonment is included in that prohibition.”

The court has since adhered to this critical holding. But Zahra, the Republican justice who wrote the primary dissenting opinion in the case, made it clear he wants to change this. The court should “revisit whether the textual difference between [the Michigan Constitution] and the Eighth Amendment translates into a greater protection under the Michigan Constitution,” he wrote. Zahra’s move prompted McCormack to write a separate opinion detailing the history of the court’s approach.  And that in turn prompted Zahra to lambast McCormack. “Chief Justice McCormack embraces a cafeteria-style approach to constitutional interpretation,” he wrote at one point.

In a second decision, written by Justice Megan Cavanagh, the court increased the burden on prosecutors who are looking to sentence a minor to LWOP. The court ruled 4-3 that a prosecutor must prove that they are not seeking a disproportionate sentence. In plain English, the court held that Michigan’s legislature had made it clear that it was the prosecutor’s decision to seek LWOP, and, as such, it was up to the prosecutor to prove that it’s justified and not the defendant to prove it’s not justified. (Here again, the court’s three Republican justices dissented.)

The court’s third and fourth decisions, issued on the same day, brought the logic of shielding children from mandatory LWOP into new spaces—in one case to protect slightly older teenagers, and in another to question other types of harsh sentences.

In the third case, the court considered the mandatory LWOP sentence that was imposed on a teenager who was already 18 at the time of his crime, and so was no longer covered by the protections afforded under the Miller and Montgomery rulings. Even so, the court ruled in another 4-3 opinion that the mandatory LWOP sentence that he received violated the Michigan constitution’s “proportionality” requirement and was cruel under the state’s constitution.

The majority opinion, written by Justice Elizabeth Welch, took issue with an arbitrary cutoff age of 18 for protections for youth. “Because of the dynamic neurological changes that late adolescents undergo as their brains develop over time and essentially rewire themselves, automatic condemnation to die in prison at 18 was cruel,” she wrote. “The logic articulated in Miller about why children are different from adults for purposes of sentencing applied in equal force to 18-year-olds.“

The court ruled that other 18-year old defendants should also be entitled to an “individualized sentencing procedure,” rather than a mandatory sentence, when they face LWOP. But Zahra wrote in dissent to again say that he would have the court revisit its longstanding interpretation of the state constitution’s “cruel or unusual” clause.

In the fourth and final case, the court looked beyond life without parole.  It provided new protections for some Michigan youth facing other sentences that are technically lower but still very harsh.

The 5-2 decision, written by Justice Richard Bernstein, applies only to the sentencing of people convicted of the high-level crimes that are eligible for LWOP.  In those cases, the court ruled, judges must consider youth as a mitigating factor in sentencing even when LWOP isn’t being sought, and even the prosecutor is instead seeking a set number of years of prison time. (The court also ruled, though, that the sentencing court does not need to explicitly detail how it considered youth as a mitigating factor. Justice Elizabeth Clement, the one Republican to join the majority, split on one of the two cases under consideration, saying that a brief mention of the defendant’s youth at sentencing was enough. The four-justice Democratic majority disagreed and still sent it back to the lower court for further review.)

Zahra, again, wrote the dissenting opinion, arguing that the court should not “extend” Miller to cases where prosecutors are not seeking LWOP sentences. He concluded that he therefore would have upheld both of the sentences—of 40 to 60 years in prison—without any further inquiry. Clement, one of Zahra’s two fellow Republicans on the court, wrote separately, in part to counter Zahra’s claim, writing that “the majority opinion in this case” is not “extending” Miller. “Accordingly, I concur with its holding that the mitigating effects of youth must be considered during term-of-years juvenile sentencing,” she wrote.

Zahra and Bernstein are each seeking new eight-year terms this fall. Michigan’s supreme court races follow a hybrid system; partisan nomination processes are followed by general elections where candidates for all seats share a single ballot that does not note their party ID. In 2022, this means that Bernstein and Zahra will be on one ballot alongside other candidates, and the top two vote-getters will win.

Democrats need only to win one of the two seats to maintain the majority, while Republicans must sweep both to flip the court. Hundreds of court cases involving minors are working their way through Michigan courts, and the high court signaled its interest in bringing new scrutiny to how youth are being treated. But whether that interest lasts beyond 2022, and perhaps pushes into new directions, now hangs in the balance.

What All State Constitutions Say About Abortion, and Why It Matters With Abortion Bans, a Bewildering New Reality for Courts and Law Enforcement 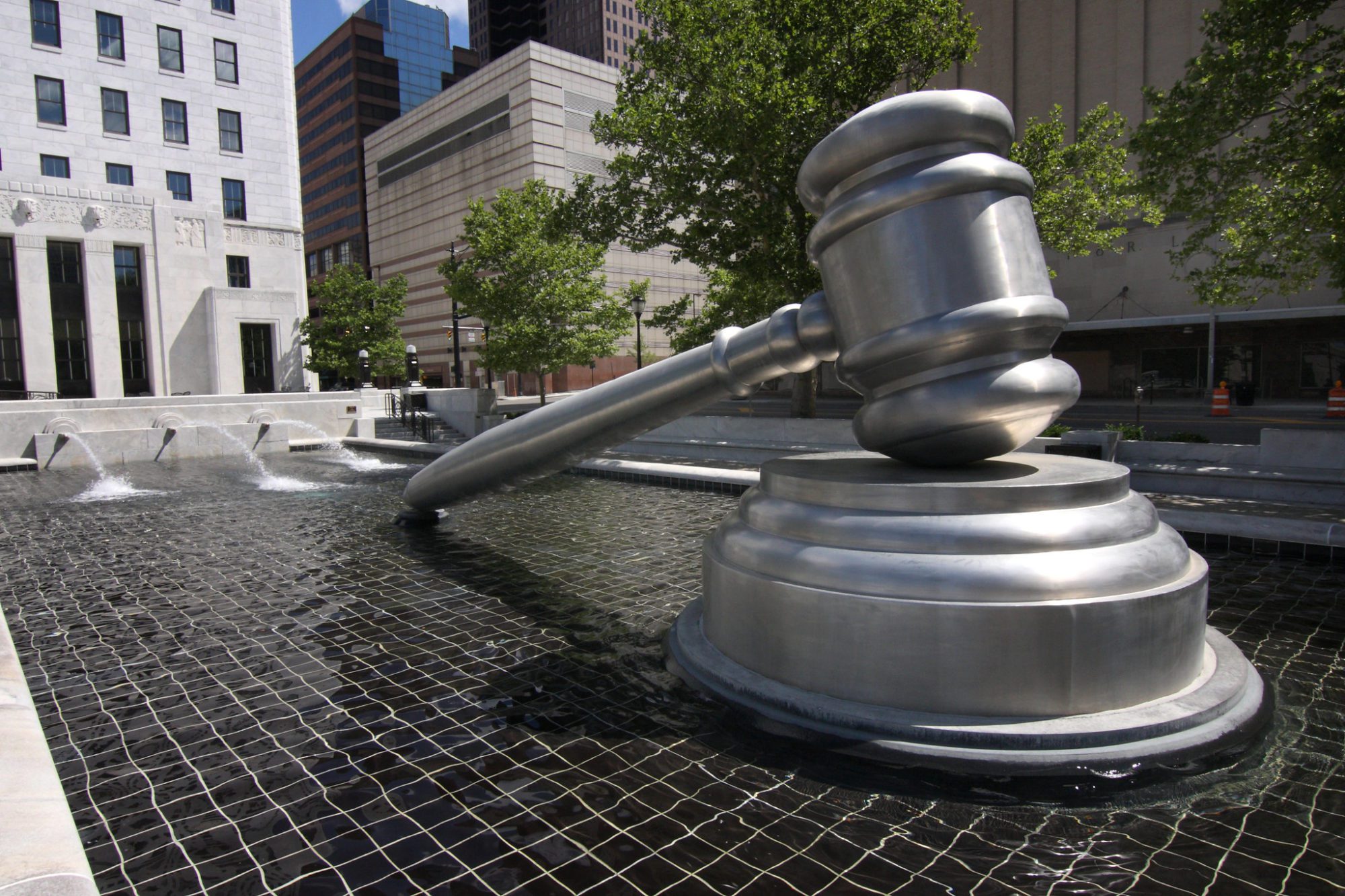