A majority of the judges in New York Court of Appeals are former prosecutors (Photo by Daniel Case/Wikimedia Commons)
March 22, 2022

“You are standing up for the constitutional value of representation,” Jackson said during her hearings on Tuesday, defending her record from Republican attacks. Her supporters, meanwhile, have cheered Jackson’s experience as adding a much-needed perspective to the court. From the way this clash has unfolded, you’d think that judges with public defender backgrounds are part of the routine tit-for-tat of judicial nominations, a perspective that Democrats relish adding to the bench when they get the opportunity.

But in state supreme courts around the country, there is comparatively little momentum to install judges with public defense backgrounds, despite the great power those judges hold in interpreting criminal law. The vast majority of criminal cases are decided at the state level, and according to a study by the Brennan Center for Justice, as of 2021 only seven percent of state justices are former public defenders. More than a third are former prosecutors.

In the two most populous states with Democratic governors, California and New York, efforts by some advocates to convince recent governors to appoint public defenders have fallen short, and former prosecutors have been added to the bench instead.

“The high courts of every state and the U.S. Supreme Court are regularly confronted with novel questions about the interpretation of criminal statutes and procedure,” said Alan Lewis, the chair of the New York State Association of Criminal Defense Lawyers’s screening committee. “It is very much regrettable if the only kind of experience that all of the judges bring to the bench from their previous career as advocates is for one side—the prosecution—with no experience on the other, representing accused persons.”

“We’re all creatures of our own experience and it is profoundly important that the courts’ membership be diverse, including diversity in previous experience,” Lewis told Bolts.

Some legal experts have stepped forward to articulate the value of having more public defenders in the judiciary. In a new study that analyzed millions of charges handled by federal district court judges, political scientists Allison Harris and Maya Sen found that former public defenders were less likely to issue sentences that involve incarceration, and when they do send people to prison, the sentences are shorter. The difference may stem from public defenders’ intimate understanding of how incarceration affects individuals and communities, the study’s authors wrote in The Washington Post last week.

Emily Hughes, a professor at the University of Iowa College of Law who is on the board of the National Association for Public Defense, told Bolts that she’s optimistic about increasing opportunities for “similar and needed” conversations on the state level. She pointed to Continuing Legal Education Programs and law schools that are increasingly prioritizing diversity equity and inclusion (DEI).

“There are DEI conversations happening at both ends of the spectrum, at the front end, at law schools training people who want to become lawyers, and on the back end, once you are lawyers to maintain your bar license,” she said. “This sets the stage for these discussions about professional diversity to then happen.”

One state where there has been a more pronounced public conversation is New York—though so far with little material results to show for it.

Of the three vacancies that recently opened on the state’s high court, known as the New York Court of Appeals, advocates were unsuccessful in securing a new judge with a public defense background. After former Governor Andrew Cuomo appointed a district attorney with a punitive record to the bench last year, criminal justice reformers mounted an unsuccessful effort to stop the nomination. After Cuomo’s departure, dozens of advocacy groups and progressive lawmakers urged Governor Kathy Hochul to nominate someone who formerly worked in public defense, to no avail.

New York passed a series of major criminal justice reforms in 2019, including revisions to its bail and discovery rules that the state’s prosecutor association fought fiercely. Implementing those reforms will now fall on the New York Court of Appeals, where four of the bench’s seven judges have backgrounds in criminal prosecution. Advocates worry that this imbalance may skew the court’s jurisprudence on criminal justice issues. On Tuesday, the court ruled against a plaintiff who had challenged the state’s practice of detaining people beyond the end of their sentence over a sexual offense if they haven’t obtained suitable housing. The four prosecutors joined the majority in the 5-2 decision. The dissenters warned that the ruling forces incarcerated people into a “dystopic game” of securing “compliant and affordable housing before their release date.”

Sam Feldman, a New York public defender who was involved in the efforts to add public defenders to New York’s bench, said Biden’s commitment to greater professional diversity on federal courts helped motivate local advocates. “I think some people were pushing in that direction before, but [Biden] speaking of the importance of public defenders gave them something they could point to,” he said. More than a third of Biden’s judicial appointees over his first year in office were former public defenders.

Another factor driving the push in New York, Feldman said, was a greater recognition that, as the U.S. Supreme Court tilts further to the right, state courts must play a greater role in protecting civil rights. This has borne out in Washington State, where its state supreme court ruled last year to bar mandatory life sentences without parole for anyone under the age of 21, and struck down the state’s laws criminalizing drug possession. Washington is one of the few states to install a former public defender to its high court in recent years, via Democratic Governor Jay Inslee’s most recent nomination in 2020.

But in California, advocates have seen little success. The California Supreme Court hasn’t had a former public defender on the bench since 1986. Both of Governor Gavin Newsom’s appointees to the court so far have experience as prosecutors.

It’s fallen to a red state Democrat to go to bat for a judge with experience as a public defender. Kansas Governor Laura Kelly’s nominee for the state’s second-highest court was rejected by the GOP-run Senate last year, with some lawmakers expressing reservations about the appointee’s background as a public defender.

Geoff Burkhart, president of the National Association for Public Defense’s board of directors, told Bolts that there’s a strong belief among his colleagues that the judiciary would be better off with more judges trained in public defense.

“If you look at the bill of rights, four out of ten amendments are focused on protecting us if we’re charged with a crime, and that’s something that public defenders understand intimately,” he said. “I think public defense is one of the most important types of lawyering you can do. You’re serving as a counterweight to this awesome power of the government, and it really falls back to this concept—that while there may be a time when someone needs to go to jail or prison, in every case, we have to make sure they get a fair shake.” 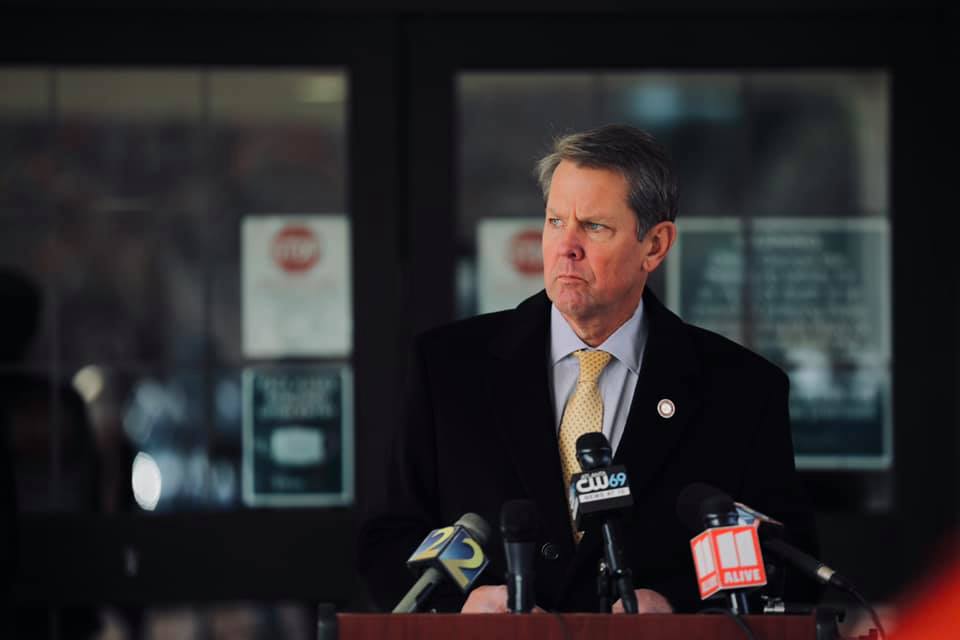