While incarcerated people in France have had the right to vote since 1994, outside pressure and new reforms have made it easier for them to exercise their rights. When Emmanuel Macron and Marine Le Pen face off in the runoff of the French presidential election on Sunday, it will be a rematch of their face-off five years ago. But the situation will be very different for incarcerted people looking to vote from prison. (Photo from Lorie Shaull/Flickr)
April 21, 2022

If you look at how Paris voted in the first round of France’s presidential election earlier this month, there’s a striking anomaly in the center of the map. While President Emmanuel Macron carried nearly every precinct in the ultra-wealthy 1st arrondissement—the location of several five-star hotels, the Louvre Palace, and the Tuileries Gardens—a tiny sliver in the district bucked the trend. Home to the Ministry of Justice, this is where the ballots of incarcerated people across France were tabulated—and a plurality opted for left populist Jean-Luc Mélenchon.

Ultimately, 70-year-old François Korber was less interested in how they voted than in how many cast a ballot. After spending fifteen years in prison himself and nearly a decade pushing to expand voting rights for incarcerated people, he celebrated the election as an “incredible success.”

Barely 1,000 incarcerated people voted in the first round of the presidential election five years ago, but this month turnout among people in prison soared north of 12,500.

This extraordinary surge reflects years of successful advocacy to enable incarcerated people to exercise their voting rights in France. And while it falls short of Korber’s aspirations (most of the prison population of roughly 70,000 didn’t participate), it also offers a stark contrast with the United States. More than one million Americans are outright banned from voting while they are incarcerated—only Maine, Vermont, and Washington, D.C. allow all incarcerated people to vote —and millions more have not regained this right even after leaving prison. Even Americans who retain their voting rights while detained are routinely denied ballots.

Korber is one of the central players involved in the French push. A founding member of Robin des Lois, a small non-profit organization focused on the rights of incarcerated people in France, he has devoted himself to the cause of voting rights since 2014. It’s around that time that he met Jean-Christophe Ménard, a lawyer who convinced him much could be done to expand voting within the country’s existing law.

“You don’t need to change the law, you just need to apply it,” he recalls Ménard telling him. “And that’s been the guiding principle up until today.”

On paper, incarcerated French nationals have been able to vote since 1994, the year authorities adopted a new penal code and tossed out a set of Napoleonic-era rules that had barred most people convicted of crimes from exercising civic rights. Today, only a small minority of the country’s prisoners are stripped of their voting rights—political officials who have misused their power and convicted terrorists.

And yet, in practice, voting rights have remained difficult to exercise from prison, even for those who are eligible. Until a few years ago, incarcerated people could not vote in person at the prison or cast a ballot by mail. They had to either file a formal request for temporary furlough to leave the prison and head to the polls, or authorize someone else to vote in their place. While voting by proxy is a common electoral process in France, the procedure can be a headache to organize from prison, requiring paperwork and the collaboration of someone who votes in the same town as the person making the request. A tiny share of incarcerated people were able to overcome those barriers to vote in past elections.

It was against this backdrop that Korber’s group went on the offensive. In 2016, they filed a formal request with the nation’s police prefects, asking them to install full-fledged voting booths in prisons, treating them like any other precinct. When—as expected—the prefects rejected their demand, the group filed an appeal and held a press conference at the National Assembly, enlisting the support of Sergio Coronado, then a national representative with Europe Ecology-The Greens (EELV), one of the country’s leading center-left parties.

The cause garnered increased attention and eventually caught the eye of France’s newly-elected president. In March 2018, Emmanuel Macron addressed a crowd at the national academy for officials in the penitentiary system, and endorsed the push to improve ballot access for incarcerated people.

“I’ll be very honest with you,” Macron said in a speech that quickly attracted the ire of far-right commentators. “[People] have tried to explain why people in prison can’t vote. I don’t understand it.”

This upheaval took effect just in time for the 2019 elections for European Parliament. Turnout from prison quadrupled compared to the presidential election two years earlier, with roughly  4,400 incarcerated people taking part using the new procedure. “I had tears in my eyes,” says Korber, who witnessed the vote count in person at the Justice Ministry. “We saw all these ballots coming in—maybe this person screwed up, maybe they didn’t, but it doesn’t matter. It was extremely moving.” Turnout surged even further in the presidential race this month.

Despite this recent progress, there are still serious obstacles to participating in elections from prison.

According to the French section of the International Prison Observatory (OIP), an organization that advocates for improved prison conditions and the rights of incarcerated people, 489 ballots cast in the first round of the presidential election were not tallied. That’s about 4 percent of all votes. The OIP pinned much of the blame on officials in certain prisons who failed to send documentation to ballot counters verifying the identities of incarcerated voters; the organization also alleged one envelope containing votes was lost in transit.

To reduce the risk of such bureaucratic mishaps, the OIP wants French prisons to set up fully-fledged voting stations with on-the-spot ballot counting, as exists in Denmark and Poland, and make a prison into a regular election precinct. Instead, under the new election procedures, ballots are pooled together, sent to one centralized location outside the prison as if they were mail-in ballots, and counted there. (For the presidential election, they were all sent to Paris; in last year’s regional elections, they were pooled in the administrative capital of each département where a prison was located.)

Moreover, under the most recent law, authorities aren’t explicitly required to organize in-person voting for every election. The national government must issue an executive decree that provides for the law’s implementation—and it did not do so for the 2020 municipal elections.

This decision once again barred incarcerated people from voting any other way than by proxy or furlough. Prison officials claimed it would be too complicated to use this expanded system for local elections, due to the technical difficulties of linking up each voter to their previous town of residence. Korber denounced that cancellation. “You need to be a democrat to the end,” he says. “If you recognize the full exercise of this right to vote, then you need to acknowledge, yes, it can impact votes for city council… This is democracy.”

Korber and his NGO are still pressing their legal case to solidify voting protections, so that the right to vote is not subject to the whims of the French bureaucracy. Their case is now pending in the State Council, the country’s highest court on disputes over administrative law.

If the State Council rules against them, Korber says, they could appeal further to the European Court of Human Rights or demand new changes from the Parliament. According to case law at the European Court of Human Rights, voting rights are presumed to extend to most incarcerated people, though certain countries like Estonia, Bulgaria, and the UK have been particularly resistant to applying decisions on the topic over the years. Overseeing the European Convention on Human Rights, the ECHR has broad jurisdiction over 46 member states, though it lacks enforcement powers and certain national courts are considered to be more compliant with its rulings than others.

Still, in the end, Korber is happy about what they’ve achieved in France.

“Imagine what it means for someone who is in prison to leave their cell and drop their ballot in the ballot box, it’s priceless,” he told Bolts. “It’s a drop of water in the bucket of what needs to be done to improve our prisons, but it’s important.” 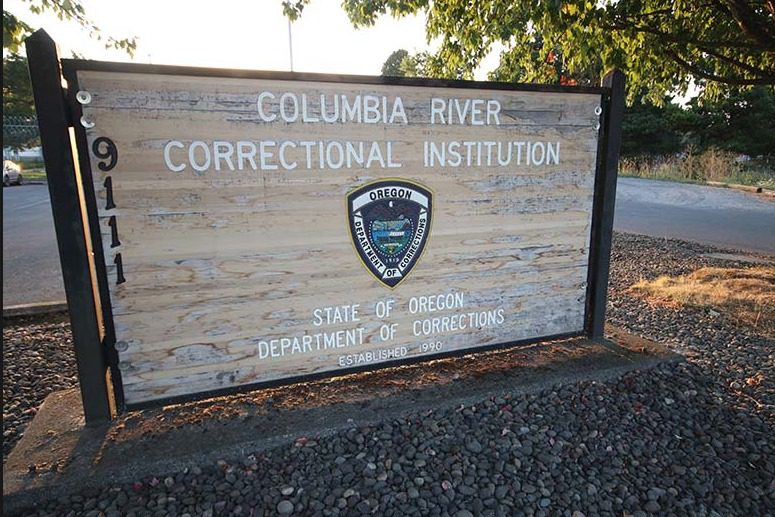 “A Sliver of Light”: Maine’s Top Election Official on Voting From Prison