Incumbent DAs of varying politics triumphed in the state’s biggest counties, and voters in Wake County set up a major general election showdown over cooperation with ICE. 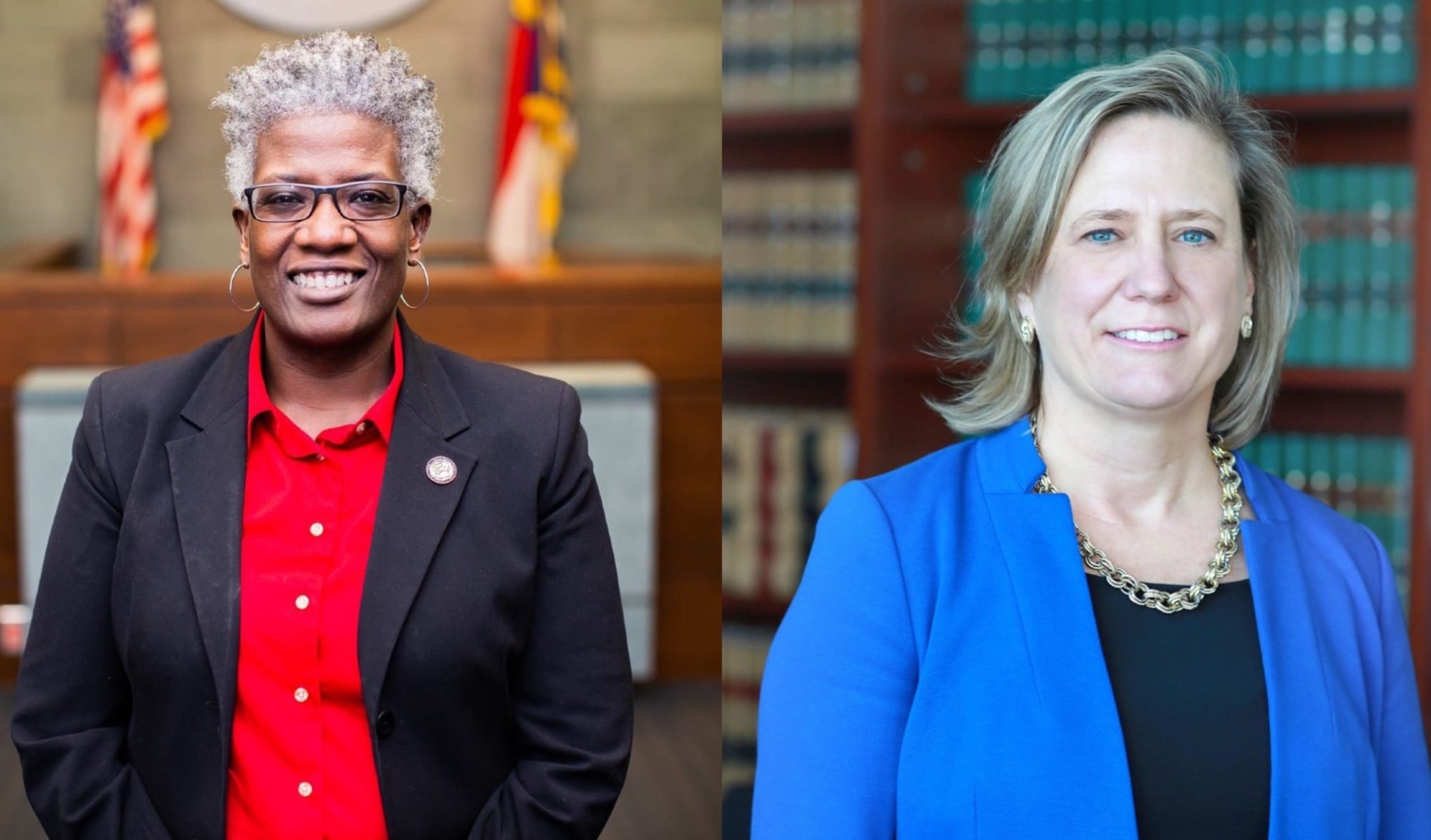 It was a breezy election night for incumbents in North Carolina’s criminal legal system. Despite often-heated campaigns, most district attorneys and sheriffs who faced primaries on Tuesday easily prevailed—including a progressive who fended off tougher-on-crime critics, as well as prosecutors up against reform-minded challengers.

All North Carolina counties are electing their sheriff this year, and most DA offices are also up for grabs across the state.

Durham County DA Satana Deberry, a progressive seeking a second term, easily won and will be unopposed in November’s general election. Besides pursuing reforms at home, including limiting the use of cash bail and clearing thousands of outstanding court fines and fees, Deberry has represented progressive prosecutors on the national stage.

“Stop pretending reform is the real threat to public safety,” she testified in front of Congress in March.

Deberry was responding to GOP critics of reform prosecutors, but that was also the message of her campaign against two primary opponents who criticized her for being lax and pointed to violent crime in the county to make the case for change. (Violent crime declined in Durham in 2021, though homicides rose.) One of Deberry’s two opponents endorsed the other in late April in an effort to consolidate the vote, but Deberry received nearly 80 percent of the primary vote on Tuesday.

But elsewhere in the state, challengers who made similar cases for criminal justice reform lost handily against incumbent DAs in two other Democratic primaries.

In Mecklenburg County (Charlotte), DA Spencer Merriweather easily defeated defense attorney Tim Emry, who was active in a group that sought to lower incarceration during the pandemic. Emry ran on sentencing reform, vowing to never use “habitual offender” statutes, which drive up prison terms. “I don’t care who you are or what you’ve done, no one should do 10 years for stealing your television,” he told Bolts in April.

Merriweather won with roughly 70 percent of the vote, and he too is unopposed in November.

In Wake County (Raleigh), DA Lorrin Freeman prevailed by a tighter margin against challenger Damon Chetson; the campaign was marked by her decision to attack him for his work as a defense attorney. (Freeman will face Republican Jeff Dobson in the fall.)

In the campaign’s final stretch, Chetson focused his efforts on a pledge to never prosecute abortion. If the U.S. Supreme Court overturns Roe vs. Wade, as a leaked draft opinion in early May signaled it would, it would be up to DAs to decide whether to bring charges in states that have banned abortion. Freeman declined to specify how she would act if put in this position when asked by the publication Indy Week, unlike many other prosecutors nationwide—and unlike Deberry in neighboring Durham. In a May 3 statement, Deberry pledged not to prosecute abortion, saying, “Criminalizing personal health care decisions around abortion creates untenable choices for women—particularly those experiencing sexual assault and domestic violence—and undermines trust and fairness in our criminal legal system.”

North Carolina does not have a “trigger” law that would immediately criminalize abotion if Roe were to fall like other states do, though many restrictions are in place; the GOP-run legislature would likely pass anti-abortion bills that would be blocked by the Democratic governor’s veto pen, but an open governor’s race looms in 2024 that could upend the status quo.

The incoming DA of Orange County—the third county that makes up North Carolina’s Triangle alongside Durham and Wake—is on Deberry’s side of the issue.

“We cannot stand for this assault on women and private reproductive healthcare decisions,” Jeff Nieman, an assistant DA who easily won the Democratic primary to replace the retiring incumbent, tweeted earlier this month. “Which is why, if elected, I have committed to join more than 60 prosecutors nationwide in this pledge not to prosecute women who obtain abortions nor the health care professionals who perform or assist in these procedures.”

The state’s closest DA primary was in Buncombe County (Asheville), in the western part of the state. As of publication, and with all precincts reporting, Democratic DA Todd Williams was clinging to a lead of just 200 votes against public defender Courtney Booth, who ran on staunchly decarceral platform and criticized the incumbent for betraying his promise of reform. A third candidate, a former prosecutor who took the different tack of faulting Williams for dismissing too many cases, was close behind.

The status quo prevailed beyond DA elections in North Carolina.

Conservatives failed in an unusual primary challenge against Donna Stroud, the Republican chief judge of the North Carolina Court of Appeals, the state’s second highest court. They blamed her for not being partisan enough when it came to hiring a new court clerk, and for not ensuring that the job went to a Republican. Even a supreme court justice joined in the right-wing effort to oust her. Still, conservatives have a golden opportunity to entrench their power this fall as they aim to flip the state supreme court to the GOP.

Democratic sheriffs first elected in 2018, during an historic wave for Black candidates in the state, also prevailed today in some of the state’s most populous counties, with one notable exception.

Buncombe County Sheriff Quentin Miller crushed a challenger who ran as part of the “constitutional sheriff” movement, a far-right theory that claims sheriffs have supreme authority. Mecklenburg County Sheriff Garry McFadden prevailed after a rocky tenure marked by his decision to terminate the county’s contracts with U.S. Immigration and Customs Enforcement (ICE) and by criticism over jail conditions. Durham County Sheriff Clarence Birkhead, who ended his own department’s policy of cooperating with ICE, defeated one of his 2018 rivals.

The major exception in this night of incumbent victories is the sheriff’s race in Wake County. Democratic incumbent Gerald Baker, who drew criticism from reform advocates for slow-walking changes after the Black Lives Matter protests of 2020, is headed to a primary runoff against challenger Willie Rowe.

A powerful Republican is waiting on the sidelines: Donnie Harrison, the former Wake County sheriff who lost to Baker in 2018, easily prevailed in tonight’s GOP primary.

Over his long tenure, Harrison cooperated closely with ICE and partnered with the federal agency’s 287(g) program, which authorizes local law enforcement to act like federal immigration agents within the local jail; Baker quit the program as soon as he came into office, and Rowe has said unequivocally that he would not reinstate the program. (The only Democrat who ran on reinstating the program came in last in the crowded field.) Harrison, by contrast, says he still supports the program and he faults his succesor for releases of undocumented immigrants.

Whomever wins the Democratic runoff, Tuesday’s results ensure that 287(g) will once again be a major fault line in the general election—and that, come November, Wake County will have one of the nation’s most important electoral showdowns on local immigration policy.